“God is not a real estate agent” and “I remember a time when Nelson Mandela was called a terrorist” says a South African who has been living in Toronto since 2000.

Michael tasting olive oil at the Canaan Cooperative in Palestine

Michael Pott has been supporting efforts to expose human right violations in the Holy Land since participating in a Sabeel witness tour in October 2012.

This is his story:

As a student in South Africa during the 1970s, I was part of the movement committed to ending apartheid and Zionism.  While I am proud that Whites no longer oppress Blacks, I am sad that Jews still treat Palestinians as second rate citizens. A November 2012 Sabeel tour reminded me that Zionism has slipped on the world issues agenda. I hope that this brief article will help re-energize the people who fought to end apartheid to take up the Palestinian cause and help end Zionism.

Many prominent South Africans, respected researchers and artists have said that the current conditions of the Palestinians are worse than those experienced by Blacks in South Africa under apartheid. I agree and hope you will get a chance to hear the speeches, read the research papers, and watch the movies on this subject.

I find it difficult to understand the theologies of apartheid and Zionism. I could not accept that God instructed Whites to deliver Black people from their primitive conditions.  I also find it hard to believe that God is a real estate agent who gave the Jews the sole right to live in Israel. No matter how hard it is for me to understand a theology that promotes discrimination, I must remember that people who believe these theologies are made in the image of God and I must love them and promote nonviolent resistance. 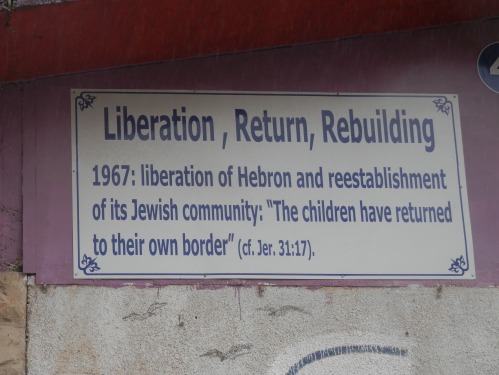 Under apartheid a Black person was denied the same rights as a White citizen of South Africa. Today a Jew anywhere in the world is entitled to full citizenship of Israel while the same rights are denied a Palestinian who has lived in Israel for generations. To justify this oppression, politicians in South Africa and Israel  created phony/dual political structures. In both countries, leaders who did not support the status quo were silenced. Not too long ago when Palestinians elected politicians that Israel did not agree with, the elected leaders were arrested as terrorists and the Gaza strip was blocked. I remember a time when Nelson Mandela was called a terrorist!

To achieve ethnically cleansed states in Israel and South Africa, the indigenous population had to be removed and evidence of their history and culture destroyed. In South Africa, Blacks were forcibly removed from their homes to create white-only areas. To create the Jewish state, Palestinian villages, homes and land were confiscated. Settler communities continue to seize Palestinian land. Other than standing in front of a bulldozer and losing your life, how can Palestinian land be protected and their rights restored?

Most people who have seen the wall the Israelis are erecting acknowledge that it is to secure access to natural resources and strategic land rather than for security. During our tour we witnessed countless examples of how the wall separates people from their land, how check points are used to demonstrate Israeli domination, how families and neighbourhoods are destroyed. While not belittling the conditions under apartheid, the wall creates conditions more brutal than in South Africa. Despite the tremendous human suffering, Israel and South Africa disregarded international law, United Nations resolutions and the local courts to maintain apartheid.

During our tour we traveled along well maintained roads that serve Israeli settler communities in the Occupied Territories. We also traveled on neglected roads the Palestinians use.  While using these roads I remembered the differences I observed in the quality of infrastructure in South Africa upon entering a black area.  These differences serve to frustrate people, build resentment and fuel the liberation struggle.

I remember when anyone who challenged the supremacy of the apartheid government was either banned or labeled a traitor, a communist or an agitator. Non-violent resistance to White oppression was brutally crushed. Many people have forgotten how the Sharpeville massacre resulted in the armed struggle being added to the means of achieving the liberation of South Africa.  Because of the very different levels of military power in both South Africa and Israel, the oppressed people who no longer supported nonviolence resorted to unconventional warfare (aka terrorism). During the liberation struggle in South Africa no one expected a military victory. I did not meet anyone in the Occupied Territories who thought the Israeli military would be defeated. At the same time only the naive believe that the struggle for human rights can be suppressed by firepower.

I remember the bias in my apartheid education that promoted White nationalism and demonized Blacks. Jewish children are taught to believe negative stereotypes of Palestinians (Arabs). Based on a brief visit with a Jewish family in Tel Aviv, Zionism is firmly believed and the stereotypes of Palestinians are upheld. During discussions with Palestinian groups on our tour we were told that there are currently very few programs that encourage dialogue among Jews, Christians and Muslims. This is unfortunate as I remember how important multiracial group discussions were about a just and peaceful South Africa. The KAIROS document for South Africa facilitated some of these discussions. I hope that the Palestinian KAIROS document will be as helpful.

The systematic denial of people’s basic human rights did not work in South Africa, and it will not work in Israel. Nonviolent resistance, international sanctions, dialogue among South Africans and the armed struggle helped end apartheid. I look forward to the day all people in Israel/Palestine will enjoy the same basic rights in a secular country. Archbishop Tutu saw the end of apartheid in his lifetime. How long will it take to end Zionism?

Michael Pott graduated from Stellenbosch University in 1981.  He worked for much of his career for the Development Bank of Southern Africa: “Human rights and democracy are values I have always supported. For many years my partner and I worked to establish the democratic South Africa. When the democratically elected government chose to abandon the Reconstruction and Development Program, we decided we did not agree with the new strategy and immigrated to Canada.”