It happened. The people left. The dust settled. But you can still watch the children shouting, the adults trying to calm them down, the soldiers laughing, the grotesque Hyundai bulldozers hovering over the damaged furniture in the dusty rubble. 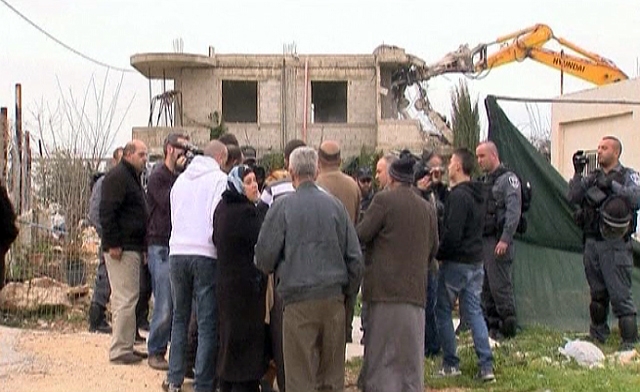 You can also turn away – there are after all so much terror and injustices in this world. But there it remains – the flattened Palestinian house in Beit Hanina, East Jerusalem.  The boy who doesn’t understand. The unsettled dust. 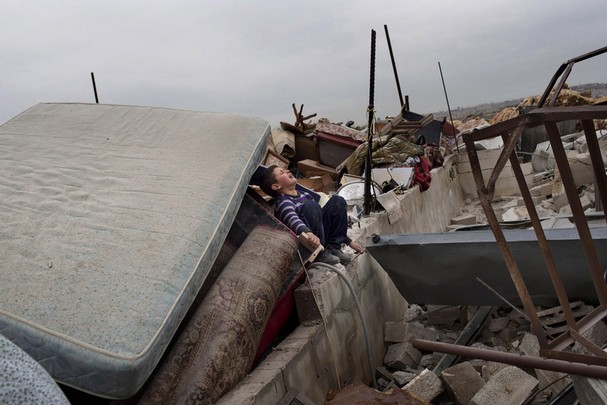 It happened on 5 February 2013 and it is one of thousands of similar stories.  Children returning home after school to see this: 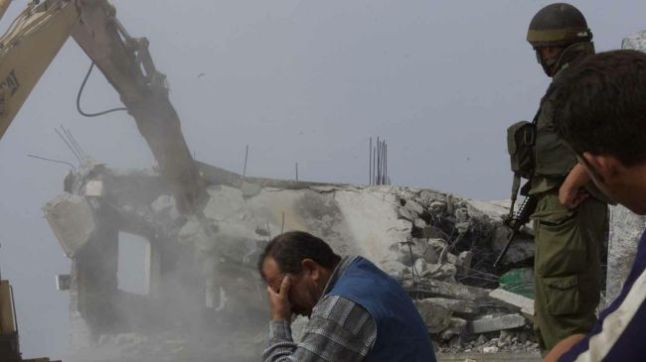 It is not the end.  More demolitions will follow on Palestinian land – in East Jerusalem and in the West Bank.  They will be executed by the hand of Israel who occupies Palestine illegally.

My EAPPI colleague Jan McIntyre (Group 41 Sept – Dec 2011) returned to Palestine for a second term.  This time she monitors human rights violations in Jerusalem.  She wrote as follows:

…You know how your heart is broken open in this work?  This was one of those times.  I felt physically ill at the sight of all this and my voice broke as I told the young girl how sorry I was that this had happened.  But this isn’t about me….it’s about the ongoing suffering under Israel’s occupation….

I was there yesterday to check on the family.  The scene was beyond horrible. All that is left is a massive pile of rubble.  Iman, the oldest daughter of the Castero family, a very articulate 18 year old first year law student with excellent English, came up to speak with me.  She said that the house had been a 10 year old two storey stone house (typical Arab style), built without a building permit. (Building permits are virtually unobtainable for Palestinians in Jerusalem and so people build without). A demolition permit had been issued only days ago and they had been unable to stop it. The Israeli authorities allowed less than five minutes for the family to get their belongings out of the house, and did not allow neighbours to help.  As a result, they were only able to get a very few things out of the house. The majority of their household goods are buried under the rubble.

This house was home to Iman’s grandparents, their three sons and their families.  In total, this demolition has left 37 people homeless!  They have no access to water, no food, no clothes other than what they were wearing, and no bathroom facilities.  The ICRC (Red Cross) have supplied them with two tents and other agencies have contributed a small amount of food.  Neighbours are helping out as much as they can.

Apart from the obvious physical needs of the family, they also are suffering from considerable psychological trauma.  As well, the grandmother was taken to hospital during the demolition.

I simply ask that you include this Castero family in the prayers of the people of your congregation on Sunday.

It is all done now. The incomprehensible destruction. The shattered lives of ordinary civilians.  Israel’s repeated breaching of international law continues.

In 2011 almost 1,100 Palestinians, over half children, were displaced due to home demolitions by Israeli forces in violation to international law. This is over 80% more than in 2010. What is the world doing about it? Why do we think it does not matter if we pretend to not see it? 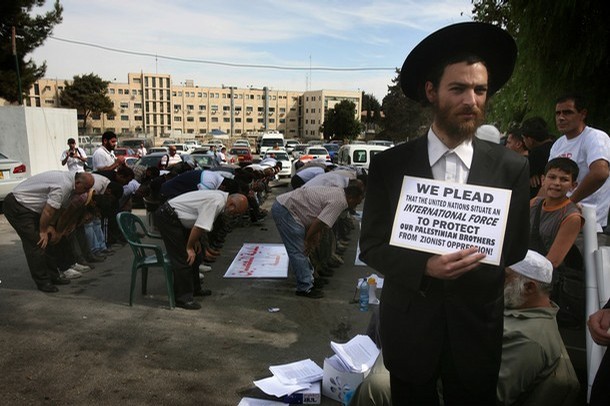 One thought on “Jerusalem: It is done now”