You are invited to a screening of and conversation on The Village Under the Forest at 6.30pm on Tuesday, 8 April at Hiddingh Campus, UCT. It is part of St Georges Cathedral, District Six Museum and Michaelis School of Fine Arts series of conversations “Victim: No Resurrection?” 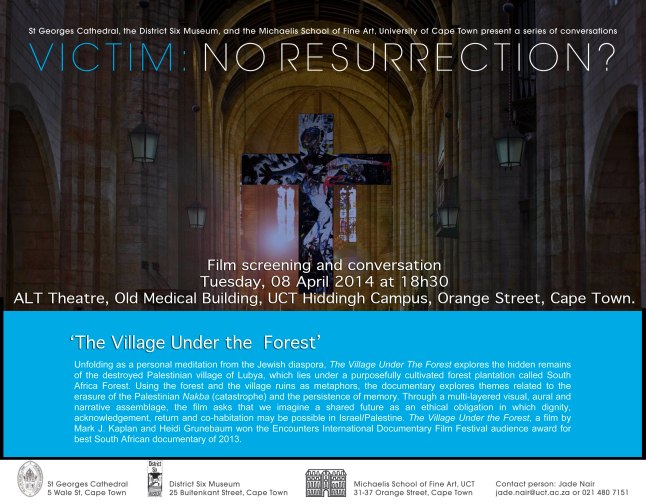 I used to be convinced that I cannot direct reality and I was very sure that I was right.  Life happens…people fall ill and die, nature creates havoc and nations are at war.

But how do we remember things? This is one of the questions a new documentary asks. What if we (as individuals and as humanity) are accountable for how we shape the past, the present and the future….and how we define “truth”? 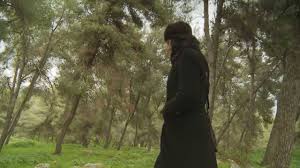 A brilliant new film on Israel/Palestine offers so much more than excellent information from an intimate perspective. Besides winning the Audience Award for Best South African film in 2013 at Encounters South African International Documentary Festival, the film leads perceptions on Israel-Palestine away from division and towards hope.

It is the story of a South African Jewish woman told bravely and without trampling on the humanity of anyone.   I have seen many great films on Israel-Palestine, but this one offers a perspective we urgently need.  It is a film that should be seen by all South Africans, by all Jewish people, and by the international community. 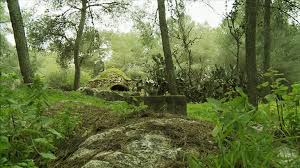 The Village Under the Forest is about making sense, and about finding meaning and a way forward.  It reflects inner strength and compels the viewer to ask his or her own questions.

On a symbolic level, we all walk through our own “forests” in life.  In this film, there is a real forest of trees – but not a natural one.  It is one that was deliberately planted to hide the remains of the Palestinian village of Lubya.  Lubya was one of the more than 500 Palestinian villages destroyed by Israel in 1948. 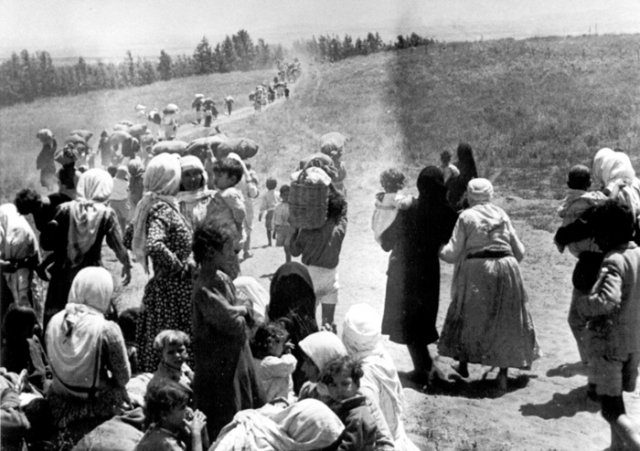 The purposefully cultivated plantation called South Africa Forest attempts to hide the past in the name of green ecology.  But now it is revealed for all to see.

The intimately personal perspective combined with scholarly input from Israelis raise questions on how we (as individuals and as members of a global society) deal with our own “forests” – and this one. 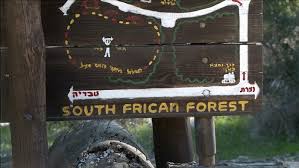 In the words of Director and Emmy-winner Mark J Kaplan and the writer and narrator Heidi Grunebaum:

By using the forest and the village ruins as metaphors, the film explores themes related to the erasure and persistence of memory. Moreover, the film imagines a future in which dignity, acknowledgement and co-habitation become shared possibilities in Israel/Palestine.

According to BDS South Africa,

(t)he film also explores the role of the controversial Israeli-parastatal, the Jewish National Fund (JNF), in building a forest (the “South Africa Forest“) over the Israeli-destroyed Palestinian village of Lubya. Israel and its supporters celebrates the JNF for its forest building work, however, human rights activists critisize the JNF for its involvement in the Israeli oppression and “ethnic-cleansing” against the indigenous Palestinian people, and specifically the construction of forests above Israeli-destroyed Palestinian villages in an attempt to erase all traces of Palestinian life. (See also the Mail&Guardian newspaper review).

After watching The Village Under The Forest, Ismail Coovadia, South Africa’s former ambassador to Israel, announced he will be returning the Jewish National Fund certificate he received and requesting that the trees the JNF planted in his name be removed. The story’s been covered all over the world, including The New York Times, The Washington Post, and Electronic Intifada.