Once again, the drums of war are sounding in our region. Once again, the US is leading the campaign for this war, this time on Syria. And once again, the US and some European and Arab countries are justifying it in the name of democracy, human rights, and humanity itself.

These are the opening words from Kairos Palestine’s Statement on Syria (issued in Bethlehem, 2 September 2013). They close their strong statement with an appeal:

We call upon churches worldwide, as well as other civil society organizations and networks, to take a stand in opposition to this intended war which will not herald any just peace.

We commend the UK House of Commons’ decision to refuse participation in the possible war on Syria, and we urge the US Congress to do the same. 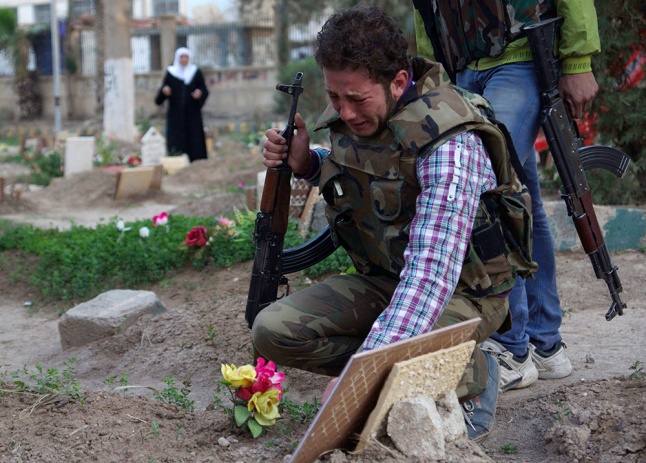 Khalil Ashawi/Reuters: A Syrian rebel fighter mourns at the grave of his father who was killed in a shelling by government forces

We note the two decisions President Barack Obama’s announced on Sunday 1 September 2013: his “decision as President of the US” (as he phrased it) to launch a targeted attack on Syria; and his decision to seek approval from the US Congress. In the same address, President Obama referred to his concern for “national security”.

We also hear the urgent “call upon churches worldwide, as well as other civil society organizations and networks, to take a stand in opposition to this intended war which will not herald any just peace” in Kairos Palestine’s statement on Syria (see attached).

As a Christian movement with inclusive and pluralistic values that honour the human dignity of all, and as citizens of a country that knows the pain of violence and oppression in the name of ideology, we cannot suffice with silence in this dire situation. We are gravely concerned for the Syrian people and for the potential impact on the region and on the rest of the world and want to say the following:

The recently celebrated dream as expressed by Martin Luther King Jr is a dream of dignity for all people. However, creating and sustaining more and more division in order to serve ideological interests will not serve to realise this dream, but will increase the instability and tension for the women and children and minorities of the region. We want the realisation of this dream to apply to all as we believe that our spiritual task is not to be religious with the purpose to advance fundamentalism and exclusive narratives, but rather to become more human since all are created in the image of God. 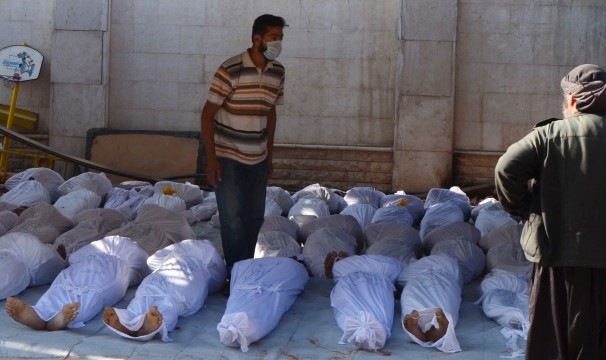