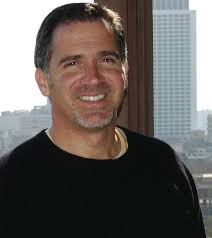 Please join us for a talk by Miko Peled, the well known Israeli peace activist and author, during South Africa’s Israeli Apartheid Week: 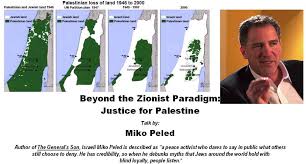 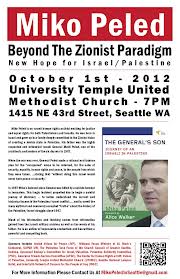 ABOUT THE AUTHOR – Miko Peled

In 1997, a tragedy struck the family of Miko Peled: His beloved niece Smadar was killed in Palestinian political violence in Jerusalem. His sister, Nurit Peled-Elhanan, reacted –according to some– “unusually” to the tragic death of her daughter. As a mother, she did not call for revenge or blame the Palestinians but the Israeli occupation policy of the Israeli governments.

That tragedy and his sister’s response propelled Peled into a journey of discovery. It pushed him to re-examine many of the beliefs he had grown up with, as the son and grandson of leading figures in Israel’s political-military elite, and transformed him into a courageous and visionary activist in the struggle for human rights and a hopeful, lasting, just peace between Israelis and Palestinians. Miko Peled’s father was was the well known General Mattiyahu “Matti Peled” – a prominent general who turned after the Israel’s “war of aggression” in 1967, into an advocate of peace.

Miko Peled is a former Israeli soldier himself (having trained in Israel’s Special Forces) and has written in a June 2012 Los Angeles Times article that “Israel is faced with two options: Continue to exist as a Jewish state while controlling the Palestinians through military force and racist laws, or undertake a deep transformation into a real democracy where Israelis and Palestinians live as equals in a shared state, their shared homeland. For Israelis and Palestinians alike, the latter path promises a bright future.”

ABOUT THE BOOK – “The Israeli Army General’s Son: Journey of an Israeli in Palestine”

Miko Peled, in his book, combines the exceptional history of his family, the political development of the State of Israel and his personal conversion to a fundamental critic of the policy of the different Israeli governments. Peled has described his 2012 book, “The Israeli Army General’s Son: Journey of an Israeli in Palestine” as an account of how he, “the son of an Israeli General and a staunch Zionist, came to realize that “the story upon which I was raised … was a lie.” The book, he has said, is based largely on long conversations with his mother, on a thorough reading of “everything my dad had ever written,” and on material about his father’s career in the Israeli army archives.

The book, which has been characterized as “part confessional, part cinematic epic and part emotional appeal for ‘different answers’ to the Israeli-Palestinian conundrum,” contains a moving foreword by Alice Walker, well known African American author of “The Color Purple”. Walker write: “The journey that Peled traces in this groundbreaking memoir echoed the trajectory taken 40 years earlier by his father, renowned Israeli general Matti Peled. In “The General’s Son,” Miko Peled tells us about growing up in Jerusalem in the heart of the group that ruled the then-young country, Israel. He takes us with him through his service in the country’s military and his subsequent global travels… and then, after his niece’s killing, back into the heart of Israel’s conflict with the Palestinians. The book provides a compelling and intimate window into the fears that haunt both peoples– but also into the real courage of all those who, like Miko Peled, have been pursuing a steadfast grassroots struggle for equality for all the residents of the Holy Land.”

“The Israeli Army General’s Son: Journey of an Israeli in Palestine”
– Exclusive Books: http://tinyurl.com/nwkslck
– Kalahari: www.kalahari.com/Books/The-General-s-Son_p_44486412
– Amazon (as a Paperback or eBook/Kindle): www.amazon.com/The-Generals-Son-Journey-Palestine/dp/193598215X

FOR MORE INFORMATION, COMMENT OR TO ARRANGE AN INTERVIEW WITH THE AUTHOR:
IAW South Africa National Convenor, Muhammed Desai: +27 (0) 842119988