Imagine being a Palestinian Israeli and having to join the Israeli Defense Force (IDF) to oppress, intimidate and attack Palestinians in the occupied territories? 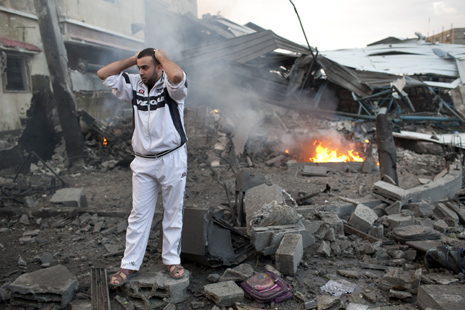 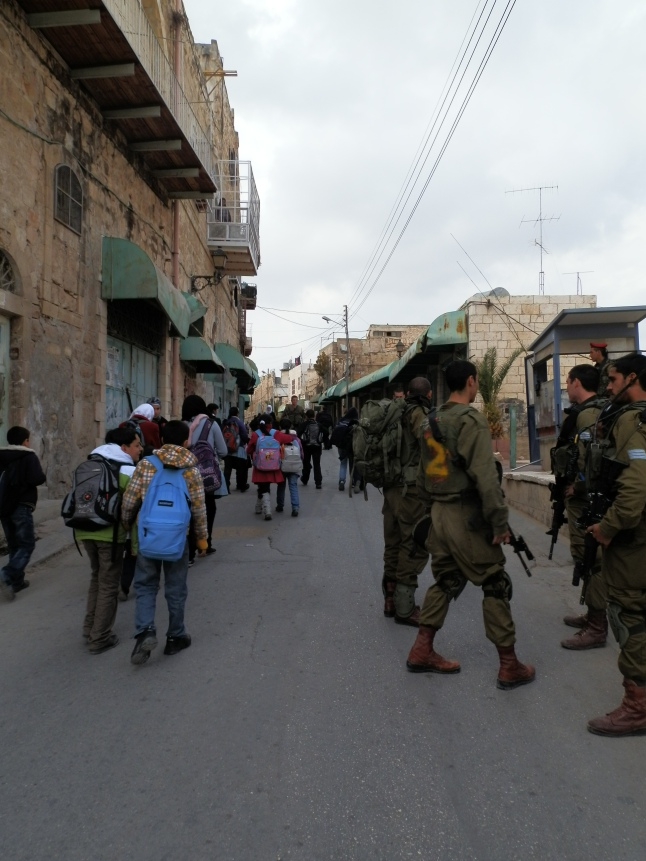 Omar Sa’ad is one such refuser, and he has just been incarcerated for a seventh time, this time for 40 days. Imagine his guts and his perseverance. I am not sure that I could have done such a thing, let alone having the moral integrity at such a young age. What Omar does, is by far more brave than putting on a uniform to brutalise someone else.

Omar Sa’ad at a recruitment center. Photo by Twitter

To sign a petition by New Profile and Amnesty International for the immediate and unconditional release of Omar Sa’ad and all other all other individuals held solely for their conscientious objection to military service, click here: SIGN THE PETITION.

Palestinian Israelis are Arabs who are largely Sunni Muslims, with smaller numbers of Christians and members of the Druze community. They do not enjoy the same benefits as Jewish Israeli citizens, but the Druze group is the only non-Jewish group that must enlist in the Israeli Defense Force.

Maisan Hamdan, the coordinator of the Druze campaign against military service, said:

“Refusing the imposed military service is one of the components of our Palestinian identity. Our campaign is not affiliated with any political party nor religion. We call all the national powers to unite and coordinate in a joint effort to end the mandatory military service imposed on the Palestinian Arab Druze youth.

In my own inner conversation, I too had to ask myself what I can do. Omar needs the help, the encouragement, the solidarity, the prayers, the letters and whatever else may be appropriate, from those of us who share his values.

After being sentenced for the seventh time, Omar issued a public statement:

The Easter gift, The Spring Feast, the Freedom Fest. They talk about Easter holiday as a symbol of freedom and the story of the children of Israel who were saved out from slavery…I have gave in myself to the Israeli Army…I was ruled 6 times to prison, and every time for 20 days, and today for the seventh time and in retaliation I was sentenced for 40 days.
Since one year and a half I declared my refusal to the conscription law imposed on the Druze community, and I refuse to serve in the Israeli army, through a letter sent to Israel’s Prime Minister and Minister of Defence, and up till today I have not received any reply.
I declare out loud today: I Omar Zaher Alden Saad will not serve in the Israeli military army and I demand respect for my faith and I yearn for my freedom.
Those who sent me to prison today and for 40 days: before you sit with your family to celebrate Easter and to tell the Easter your children how they are free now and not slaves any more, look in the mirror, you will see you are still a slave that carry out orders.

“I refuse because I am pacifist, and I hate any kind of violence, and I believe that the army institute is the top of physical and psychological violence, and since I received your order for making the checking procedures my life changed completely. I became very nervous and my thoughts were dispersed. I remembered thousands of hard images, and I could not imagine myself wearing the military uniform and participating in suppressing my Palestinian people, and fighting my Arab brothers. I reject enlisting to the Israeli army or to any other army, because of national and moral reasons. I hate oppression, and I reject occupation.”

Please write a letter of support to Omar?
Since the prison authorities often block mail from reaching imprisoned objectors, please e-mail your letters to: messages2prison@newprofile.org and they will be printed out and delivered during visits.

New Profile is an Israeli organisation working towards the demilitarization of the Israeli society. Ruth Hiller, one of its founding members, wrote as follows:

I have friends, activists like myself who are feeling discouraged. Indeed our mission is a difficult one, and there is good reason to feel fearful with the present government and the on-going military suppression and other actions against the Palestinians, internationals, and supportive Israelis. It is difficult to remain optimistic.
At the same I can’t help but note that when my son Yinnon declared his refusal to serve in the military, he was one; and I was the one mother who said no. Today we are not alone.
I would like change to happen more quickly, at a different pace. But I also believe that in order to maintain change, it must start from deep within Israeli society and in particular at the grassroots level.

Israel has a militarized society. It means, for example, that people in uniform are heroes, and that fighting is something to aspire to, even if you are a child as recently demonstrated in  Efrat, an illegal Israeli city in the occupied West Bank of Palestine: 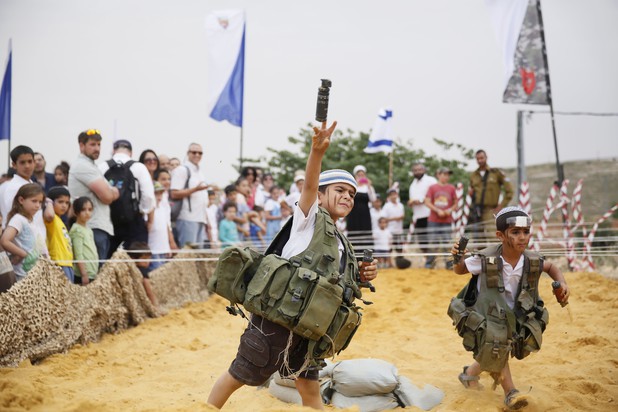 An Israeli boy wearing a military vest throws a mock grenade during a traditional military weapon display to mark the 66th anniversary of Israel’s “independence” at the occupied West Bank settlement of Efrat on 6 May 2014.(Photo: Gali Tibbongali / AFP)

If you have the stomach for disturbing information click here for more on militarizing children.