In South Africa, the retail giant Woolworths is the favourite store for many – people fall in love with Woollies. Why then an urgent call from the National Coalition  for Palestine (NC4P) to boycott them? 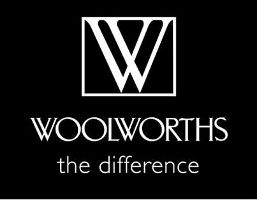 More than 30 wide-ranging South African civil society and religious organizations, trade unions, and political parties have come together under the banner of the National Coalition 4 Palestine (NC4P).

We stand in solidarity and in support of justice, equality and freedom for the Palestinian people. We oppose, in the strongest terms, the military invasion of the Gaza Strip and the ongoing Apartheid practices of the Israeli state.

We support the call by the Boycott, Divestment and Sanctions (BDS) movement to boycott all companies trading with the state of Israel. The National Coalition for Palestine has therefore issued a nationwide directive to effect an immediate boycott of all Woolworths stores in South Africa. The call to boycott is due to Woolworths’ unwavering support for the Apartheid State of Israel, and comes after much research and assessment of the status and level of trade between the chain store and the Israeli state. Woolworths has refused to remove Israeli products from their stores, and proceeds from the sale of Israeli goods funds war crimes against Palestinians. NC4P calls on all South Africans to peacefully picket at all Woolworths stores in South Africa.

Woolworths acknowledges that 0.1 percent of its trade is with Israel and the boycott will prove that the wishes of peace-loving people of South Africa should be dearer to Woolworths than its current trade relations with an oppressive colonial state. We call on the directors and shareholders of Woolworths to heed the call of the freedom loving South Africans and the uneasiness of their staff and end all business dealings with Israel. The National Coalition for Palestine further endorses the BDS movement of South Africa in its strategic campaign that includes a boycott against G4S security, Dead Sea Products and Sodastream.

The NC4P will be issuing further directives to the community following research and assessment of other companies in South Africa trading unashamedly with the warmongering state of Israel.

Issued by the National Coalition for Palestine.