In South Africa, apartheid propaganda was ultimately cracked by the alternative media and some brave local and international journalists. This article was written by two leading South Africans:

The Power of Truth in Palestine 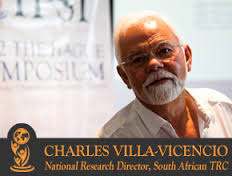 History has a capacity to repeat itself, as seen in much of the media reporting on Israel’s attacks on civilians in Gaza and, now, the West Bank. The first casualty of war is invariably truth, driven by the spin of the aggressor. Writing in a different situation, the late Chinua Achebe observed: “Until the lion learns to speak, the tales of hunting will always glorify the hunter”. The level of energy expended by Prime Minister Benjamin Netanyahu, the Israeli Defence Force and their acolytes around the world in ‘explaining’ Israeli aggression is reminiscent of the response of the apartheid government to the atrocities of its forces during the anti-apartheid struggle. Remember the bluster of PW Botha and the Muldersgate Information Scandal?

Apartheid propaganda was ultimately cracked by the alternative media and some very brave journalists in the mainstream media at home and abroad. Public opinion slowly began to change and today fewer and fewer people claim ever to have supported apartheid! This came at a huge cost. The Sowetan was banned in 1977 and its editor Percy Qoboza imprisoned. The Rand Daily Mail was closed in March 1985 and Anton Harber started the Weekly Mail, now Mail & Guardian. Max du Preez and Jacque Pauw launched the Vrye Weekblad in November 1988, which was driven into bankruptcy in February 1994 by legal costs that rose from defending its accusation that poison was being supplied to the security police to kill activists. Numerous community newspapers were banned or driven out of business.

The power of the pen penetrates slowly but ultimately undermines mainstream propaganda. It succeeds even when it fails. In the words of Emily Dickinson, “the truth must dazzle gradually … or all the world would be blind.”

The Standing for the Truth campaign in the 1980s exposed the abuses of the South Africa security forces. Groups within the church prayed for the “downfall of the government” in a high-profile campaign, the Belhar Confession declared apartheid to be a heresy in 1982 and the 1985 Kairos Document exposed the hypocrisy of both “church theology” and the use of religion in “state theology” to justify apartheid and security force atrocities. Grassroots South Africans were mobilised, calling for the country to be made ungovernable. The boycott of South African goods, a ban on the sale of weapons to the South Africa state and an economic disinvestment campaign spread around the world. Eventually, even Margaret Thatcher’s government in the United Kingdom and the Reagan administration in the United States of America (USA) called the South African government to heal – primarily, out of self-interest as street protests, campus unrest and boardroom challenges intensified.

Signs are beginning to emerge of similar trends against Israel’s recalcitrance and claims of war crimes and crimes against humanity. The Anglican Prayer Book includes liturgy for the renewal of baptismal vows that calls us to turn our backs on the “father of all lies”. The unmasking of truth is a requirement for Christians who seek to live out their baptismal promises.

The spread of technology on a mass scale constitutes a major step forward in the pursuit of peace, with Twitter and Facebook opening the way for new levels of “Citizen Journalism”. This helps to counter some of the propaganda that undermines the quest for truth, with several sites committing themselves to valuable fact-checking on media releases that accompany the episodes of violence in Gaza – as well as reports on social media. Someone observed: “You are entitled to your own opinions but not to your own facts!”

The struggle for press freedom in Israel and among Israelis living abroad continues, and the response of spokespersons for the Israeli government intensifies against them. Responding to the January 2009 Gaza War, Gerald Kauffman, a prominent back-bencher in the British parliament, whose parents fled Poland and whose ailing grandmother was shot dead in her bed by Nazis, insisted that she “did not die to provide cover for the killing of grandmothers in Gaza”. He was branded a self-hating Jew at the time, but undeterred and exasperated, he has liked the current activities of Israeli soldiers to those of the Nazis. The strident voice of Israeli historian, Ilan Pappe, is similarly dismissed in his exposure of the abusive use of religion to promote ultra-nationalist propaganda by some Zionists “who do not believe in God but believe [God] gave them Palestine.” The language-game intensifies and the list of ‘self-hating Jews’ grows ever-longer. Someone recently indeed suggested that even Jesus Christ would today have been called a self-hating Jew and anti-Semite.

There are also brave journalists that in balanced and restrained ways expose the atrocities of the Israeli invasion in a graphic manner. Channel Four’s Jon Snow describes the impossibility of not killing children as Israeli bombs and mortar-fire are used in Gaza City and its surrounds, hitting schools, make-shift clinics and UN facilities. The Washington Post reports on Israeli reservists refusing to be part of the invasion. The increase of such reporting in the United States of America, the European Union and the Gulf States has led to marches and protests in the major cities in these countries. This ultimately increases the pressure on pro-Israeli governments to rethink their support for Israeli violations of Palestinian human rights and political integrity.

In the meantime, the war of words, accusations and counter-accusations continues, while desperate deeds multiply. This is a context within which one asks why Hamas continues to fire rockets into the steel dome protecting Israel. It is a strategy that Israel exploits to its own benefit. The overkill of Israel in the slaughter of civilians is, however, even more perplexing. Palestinian children, who have never know peace in their entire lives are being killed, parents and family members fight back and a generation of desperate young people is being socially-engineered into determined enemies of Israel. With each child killed, a new wave of retaliation is unleashed.

The old adage that if you have the capacity to tell a lie consistently enough, it will be regarded as the truth, is only partly true. The Israeli propaganda war is being increasingly undermined by the ‘tales of the hunted’, as was the case in media reports of the killing of Hector Peterson, Ashley Kriel and other brave martyrs in the South African struggle.

The reality is that there are more Western interests at stake in the Middle East than there are in South Africa, tucked away on this southern tip of Africa. It is also clear that some Gulf States are offering support to Israel as a way of pursuing their own interests in the broader Sunni-Shite conflict. These realities make the Palestinian conflict a more difficult one to overcome than the struggle against apartheid. War, violence and slaughter is likely to ebb and flow in Palestine for the foreseeable future and this has a capacity to wear down even Israel’s loyalist supporters. It is not going to go away until Palestinian human rights are recognised, borders are opened and the democratic rights of Palestinians are recognised in the land of their birth. The apartheid government was forced to concede this reality.

So what is the way forward?

One thought on “The war of words in uncovering the truth about Palestine: Edwin Arrison and Charles Villa Vicencio”