Our religion and cultural beliefs require us to help repair the world. It is time the Jewish people as a whole begin engaging in our own version of liberation theology: Tikkun olam.

These are the words of a group of mostly South African Jews. They also said that religion means nothing if it does not serve justice. The group dedicated the most important dates on the Jewish calendar to reflect on what their Jewishness mean in light of the Israeli occupation of Palestine and the recent bombing of Gaza.

This is how they explain their decision: 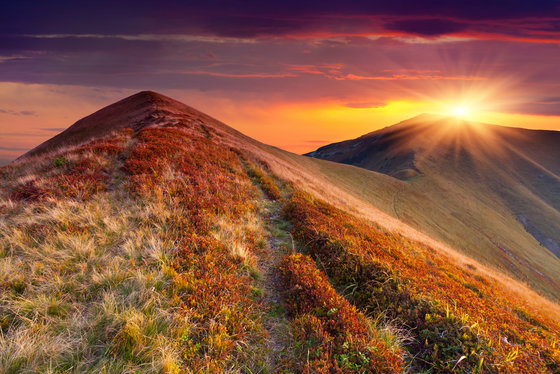 The fast is a spiritual, social and political practice that is many thousands of years old. Most major religions and ethnicities practice some form of fasting whether it is a partial fast (the refusal of certain foods and drinks) or an absolute fast (the abstinence from all food and water).

Spiritually, its purpose usually includes forms of meditation or prayer, a physical cleansing, an interpersonal request for repentance, and an expression of solidarity with the poor.

In recent decades, however, the fast has also been transformed into an act of political activism and the long-term hunger strike has often come to be one of the most effective forms of civil disobedience out there. It is used both as an appeal to the oppressor’s conscience and also, more importantly, a method to galvanise supporters behind a specific social justice campaign. Most recently, the hunger strike successfully has been used by Palestinian political prisoners to call attention to their unjust incarceration. In some cases throughout the world, it has also helped stimulate popular action that has brought down authoritarian governments.

The holiday of Yom Kippur is widely accepted as the most important holiday on the Jewish calendar. On this day, we are requested to repent for all our wrong-doings during the previous year and resolve to not commit that transgression again in the future. If one is religious, one goes to Synagogue to pray and repent directly to God. However, even cultural non-religious Jews use the Yom Kippur fast as a time to reflect on where we have missed the mark, to correct wrongdoings and to mend relations with others.

However, one of the important points that many religious Jews make is that fasting and praying to God is not in fact the primary method of achieving atonement. Instead, being sincere about one’s regret for the wrong-doing and the rectification of one’s misconduct is fundamental (see also Isaiah, 58:1–13). This righting of wrongs should be done in the 10 days between Rosh Hashanna and Yom Kippur.

Since we have been raised and educated with the memory of the Holocaust which killed tens of millions of Jews, Roma, Homosexuals, Communists and others, we are acutely aware of the pitfalls of nationalism that seeks to place one group of people above all others. Nationalism therefore has no place in the Jewish community with its attempt to make reality the motto, The Chosen People, in the form of Zionism. We don’t believe that there is anyone who is ‘chosen’. We are all people with the responsibility to do right by others whether they find themselves in the Warsaw ghetto, physically imprisoned in Gaza or economically confined in South African townships.

At the forefront of wrongs we need to right, is the ongoing mainstream Jewish support for the Israeli colonisation of Palestine and its continued occupation of the West Bank and Gaza. This is being done in our name, and we have not done enough to stop it. It is for this reason that we believe that Gaza is the most urgent issue for us to reflect on this Yom Kippur. We will be going out and physically fasting and raising money for those in Gaza who have suffered unconscionable horrors.

Religion is inherently a political construct. This fact has been recognised by liberation theologists who believe that religion is nothing unless it is in the service of justice. Antisemitic and Racist churches played major roles in upholding the Nazi regime and Apartheid respectively. In contrast, liberation theology has long played an emancipatory role against oppression. During apartheid, progressive churches and mosques became key sites of political organising and in Latin America, rogue Catholic priests helped mobilise and protect the population against oppressive dictators.

Father Jean-Bertrand Aristide, who South Africa hosted in our country following the US coup in Haiti, has said “It is better not to believe than to believe in a miracle from heaven…there is no Messiah other than the people”. With this he sought to say that religion’s relevance is in its fight against injustice and that God would see this as the true purpose of religion.

Dedicating our Yom Kippur fast to the people of Gaza follows this line of thinking. Unlike the dominant Zionist organisations, some of whom preach ethnic and religious nationalism and the bombing of Gaza directly from the bimah (the Jewish equivalent of a pulpit), our beliefs are based on tolerance, inclusivity and social justice. We think that this is what Judaism, and Yom Kippur in particular, is all about.

Case in point is the prophetic reading recited on the morning of Yom Kippur which in fact denounces people who fast as a substitute for working for social justice.

We have dedicated our fast to raising money for the Gaza Community Mental Health Program – a well-known and respected organisation founded by the first psychiatrist in the Gaza Strip, Dr Eyad el Sarraj. The GCMHP is renowned for helping Palestinians move beyond their collective trauma to recognise the basic humanity of all human beings.

Yet it is not good enough for us merely to give charity to such an important cause. Tzedakah, in its biblical conception, is about much more than this. It embodies the theology that Jews are obligated – rather than asked – to seek economic and social justice with the oppressed.

Our religion and cultural beliefs require us to help repair the world. It is time the Jewish people as a whole begin engaging in our own version of liberation theology: Tikkun olam.