Placing pigs’ heads on top of the meat others want to buy serves neither the Palestinian cause nor the boycott campaign against Woolworths. It disrespects all Jews, all Muslims, all animals, and all who advocate for freedom and dignity.

Tactics of intimidation and disrespect belongs to an ideology of oppression. It is disguised violence. To argue that the end goal justifies the means is part of an outdated, dualistic, hierarchical framework which ignores relationships. Isn’t this the very thing that we try to move away from? Does it not go against everything the broader South African solidarity movement stand for? Can such tactics ever win people over to hear the cries of the Palestinians? 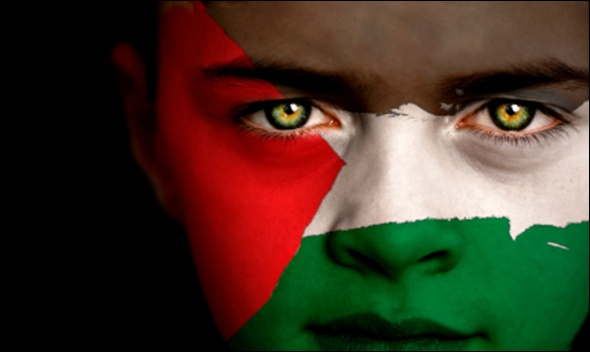 Calling the incident “completely offensive”, Sumayya Omar, of BDS South Africa, said the group “condemned” the action. “We are completely distancing ourselves from the incident. BDS is not involved or implicated at all,” she said. Likewise, South Africa’s National Coalition for Palestine made it clear that the incident is unacceptable.

The following letter in the Cape Town newspaper, Argus (6 November 2014), written by a Jewish colleague in the local Palestine solidarity movement, is crisp and clear:

The action at Woolworths last Thursday as well as today’s press release by COSAS that it has placed a further three pig’s heads in Woolworths stores and is so planning to place ten more, is unacceptable both for reasons of principle and strategy.

In principle it is conflating ‘ the Jewish religion’ with ‘the political state of Israel’. This is through linking a pig’s head to Jewish religious dietary laws that regard pork as impure and there are injunctions not to eat it. Their intention is anti-Jewish, and not simply anti-Israel. The action also demeans sentient life other than human, in this case about 14 pigs have been killed and beheaded to make a political point.

The action has brought pork into a store which also caters for Muslim consumers, whose dietary laws also forbid them to consume pork; this is an affront to them, and they are the main target of consumers whom this campaign is appealing to boycott Woolworths. Today’s press release confirms that it is COSAS’ explicit intention to deeply affront Jewish, Muslim and other consumers in order to shock them into realising the IDF’s carnage in Gaza (they refer specifically to the killing of schoolchildren through targeting artillery, tank and air bombardment on schools etc.), rather than engaging consumers with information about the attack on Gaza as well as the broader issue of Israel’s historical and ongoing violation of Palestinians’ human rights (including the right to self-determination) in order to raise their awareness and convince them to boycott Woolworths over the longer term. I think that the placing of the Pigs’ heads is already causing a backlash from the targeted consumers themselves.

This is a tactic of intimidating consumers into boycotting, for which there was a history in the anti-apartheid struggle in the 1980s where COSAS and other youth formations sometimes enforced consumer boycotts by punishing consumers who dared to break them – youths guarded the entrances to townships and searched people’s bags and containers as they came home, forcing those who had bought at forbidden shops to consume all that then and there; often this entailed forcing them to drink raw cooking oil, etc. They were able to do this because they had made the townships ungovernable. This is not the situation today where the ideas that legitimise or delegitimise opposing actions, is the terrain where this struggle is largely being fought outside of Israel/Palestine. In any event this is not a democratic but an authoritarian politics and I reject it both for its taunting of Jews and Muslims as well as for its undermining the growth of a movement that has legitimacy and mass support across the religious, ethnic/race and class spectrum.

COSAS thinks that the end justifies the means, but equally there is a greater risk that these means will start corrupting a noble end.

I am a Jewish South African against the demonisation of the Palestinian People and for a rational discussion of their circumstances.

The Congress of South African Students (COSAS) has since expressed their disgust and distanced themselves from the incident. They said that only one person, Siphakamise Ngxowa, was involved and that he is suspended from the organisation. Ngxowa’s actions lacked the backing of COSAS even though he pretended otherwise.

The Congress of South African Students would first like to continue pledging its solidarity with the people of Palestine. COSAS has nationally supported the advocating for freeing people of Palestine from apartheid Israel, we have done that through releasing press statements, doing interviews, attending the campaigns, marches and
addressing various events on the particular matter.

The Congress of South African Students has committed itself in forming part of this struggle without any hesitation because it is a just course. Democracy, peace and stability are deserved by any living human being; this is why we continue to pledge our consistent solidarity with the people of Palestine.

With the above being said as an organization we must go on to mention that it comes as a disappointment to us that establishments such as Woolworths continue to import goods from Israel, whilst there is no peace in that country and people of Palestine including children are brutally killed and murdered every day.

As an organization we indeed believe that Woolworths should continue to be lobbied until they join the rest of the country in being in solidarity with the people of Palestine. As an organization we do understand the importance of boycotts and sanctions as they also assisted our very own country when it fought against apartheid governance.
We are however of the view that when we do not agree with certain methods being used to push the struggle of the Palestinians forward, we are not going to be censored to raise it in fear of being labelled sellouts. When as an organization we resolved on participating in this campaign we never requested advice from anyone therefore even
now we will not seek approval of anyone to continue to participate in it and we again will not be threatened not to critique where we see fit to do so. South Africa remains a country in itself, which has its own beliefs and values it also has a constitution which guides it.

The Congress of South African Students is again also an organization which has its own constitution which guides it will never compromise on. As we continue to push forward this struggle we can never lose identity of who we are and what our primary principles are.

The Congress of South African Students joins the Boycott, Divestment and Sanctions (BDS) SA and the African National Congress in condemning the placing of the pig heads in the meat section of Woolworths stores around the Western Cape Province as a method to lobby Woolworths to stop trading with Israel. This particular method is
surrounded by a number of controversies when it comes to religion.

As the Congress of South African Students we view this method as seeking to provoke certain religions in order to push the campaign forward which we believe weakens and further mobilizes against the boycott as some religions may find this offensive and further provocative. We find this method ill-advised and not well thought as it has now
brought a certain level of instability in our own country religiously, which is not something that we should allow to happen. We cannot compromise peace and religious rights of our own people in order to push forward this struggle.

As an organization we would like to place it on record that it was not COSAS which led this campaign. There is no structure of the organization which set and resolved on this Pig Head campaign, we do however acknowledge that an individual by the name of Siphakamise Ngxowa was part of that action.

It is further important we point out that no other member of COSAS in good standing was found in this debacle. The organization has noted that the particular individual continues to release statements and address the media on behalf of the organization posing as the chairperson of COSAS Western Cape, despite being suspended from the organization. We view this act as unprincipled, misleading and further bringing the organization in disrepute, the act by the individual will further be engaged and added when the appropriate structures of the organization considers his suspension further.

2 thoughts on “The pig’s head debacle: A disgrace to Palestinians, to Jews, to South Africans and to all others”