“Our eggs are best enjoyed on a slice of ethics” says Woolworths. 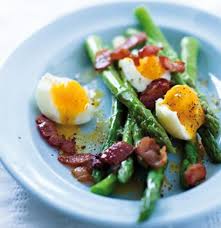 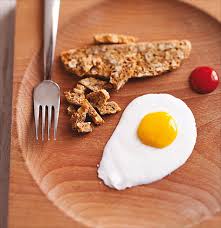 When shareholders challenged the Woolworths Board on their ethics in respect of Israeli trade relations, the board members avoided clear answers. When I asked Simon Susman, Non-executive Director and Chairman to explain the Woolworths difference between ethics and the law, he refused to comment. Instead Tom Boardman, another director, used a lot of words without answering the question.

This picture is from the Woolworths Holdings Limited/ 2014 Integrated Report prepared for their annual general meeting with shareholders.

When we asked Chris Nissen, Chairman of the Social and Ethics Committee to explain the Woolworths ethics, he said an external company screened their service providers and he refused any further comment. We posed questions to Zarina Bassa and Sam Ngumeni from the risk and compliance committee, they too refused to answer.

Non-executive Director and Chairman Simon Susman acknowledged that the Woolworths brand is in question. At the start of the meeting, when he announced the agenda, he mentioned that they received a statement on the boycott from a shareholder. From that point onwards, the concern with trade relations with Israeli companies dominated the meeting. Lots of pertinent questions were asked and not answered. When shareholders insisted that the points should at least be minuted the Chair first consulted with his legal team to hear if it is in order to do so. They confirmed that it is in order. We hope the points were taken down.

Shortly before the Chair stopped the discussion I asked him how Woolworths engages with any shareholder statements they received. He assured me that there is a process in place and that they have already engaged with all those who sent statements. Mr Susman was not telling the truth when he said this. As you will see from the e-mails below, despite several requests to do so, no one has engaged with me on the statement I sent a week before the Annual General Meeting on 26 November 2014:

As per our telecom, please see our client’s letter attached. I have also attached the client’s email with her concerns.

Could you please revert to Mrs Momberg, she is copied in this email.

(name of official from my stock broker’s office)

Dear (name of official from my stockbroker’s office),

It is now four days since I asked:
1. Information on how the boycott against WW impact on their sales.
2. What the correct procedure is to raise an issue at the AGM.
You also forwarded them my statement as a shareholder.

Thank you for your help, but unfortunately I have not yet had any kind of response from Woolworths. Can you please follow up with them?

I tried calling and left a message.

Can you please urgently advise with regard to Mrs Momberg’s concern’s, please see an article that was placed in the newspaper.

(name of official from my stockbroker’s office)

Dear (name of official in my stockbroker’s office)

I confirm that I have received your email below as well as the voicemail you left in this regard.
I have forwarded the email on to the relevant people within our Company Secretarial department who will determine the appropriate action in line with protocols of engagement with shareholders.
The AGM will be held on Wednesday, 26 November from 10:00 – 12:00 at Woolworths House in Cape Town.

I don’t buy my eggs at Woolworths, and I don’t swallow their ethics.

Click here for a short YouTube clip on what happened outside the Woolworths headquarters while the shareholder meeting was underway. Note the excellent comment by Dr Clint le Bruyns.