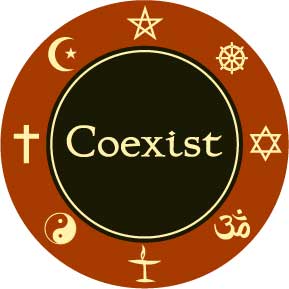 It is increasingly important and urgent for people of different faiths to stand together against a destruction of the sacredness of humanity. Let us who share the same values, take hands. As a Christian I support and have signed this petition by South African Muslims.

You too can sign their petition by clicking on this link.

Here is their full statement:

As South African Muslims, we reject the actions of groups that have adopted murder, kidnapping and violence against innocent people, the destruction of schools, sacred spaces and forced conversions, in the name of Islam. These include Boko Haram, Al Shabab, Al Qa’eda, and more recently, the “Islamic State”.

We stand in solidarity with Christians, Yazidis, Jews and Muslims who have been forced to leave their homes, and have experienced terror and trauma at the hands of those who claim to speak for Islam, but are behaving in a manner contrary to the tenets of our faith.   We are proud Muslims who stand for justice. We stand with communities that have been divided, with women who have been raped, with churches that have been razed. We stand with children that have known nothing but war, and death. We condemn the action of groups that use the religion of Islam to justify their brutality against innocent men, women and children of all faiths.

We acknowledge the legitimate concerns of groups that have been economically and politically marginalised, but call for political reform based on inclusivity. We also believe that military intervention, led by the U.S government, is inappropriate and more harmful. We call for the responsible use of terms like “jihadist” or “Islamist”. The human rights abuses perpetrated by these terrorists and killers have nothing to do with the concept of Jihad which is to “struggle” or “strive” for goodness. Their behaviour is contrary to Islam’s teachings, and are repugnant to Muslims worldwide.

The Islam that we know and love is centred on values of justice, mercy and compassion. It stands in solidarity with all people facing persecution.    These organisations – and the states that sponsor them – do not act in our name. We reject this hijacking and misrepresentation of Islam’s teachings. We further reject all forms of sectarianism – in the South Africa that we love, and in majority Muslim countries.      “Remember that people are of two kinds; they are either your brothers in religion or your brothers in mankind.” –  Ali ibn Abu Talib, Muslim caliph and son-in-law of Prophet Muhammad.