Is Woolworths really the ethical company it claims to be? Hundreds of thousands of South Africans don’t think so. I sent Woolworths two requests to kindly remove my name from their e-mail distribution list. So far this has not yet happened and I have received only an undertaking that a consultant will call me. I no longer buy there.

Why boycott Woolworths over other retailers?

A call for the complete boycott of Woolworths until it ends its Israeli trade links was made by BDS South Africa and the National Coalition 4 Palestine (NC4P) in August 2014. Similar to the 1980s anti-apartheid movement, the BDS movement selects campaigns after careful analysis and strategic considerations. Several retailers in South Africa have some sort of trade relationship with Israel. We can try to boycott all of them but this is a daunting task that has a slim chance of having a concrete impact. Thus we focus our campaigns and move from one target to another as we reach our goals. Selecting Woolworths, for example, does not mean that other South African supermarkets do not stock Israeli products.

South Africa’s Woolworths is being called-on to take the lead in ethical retail business, to respond to the call from its consumers, to be on the right side of history, to respect the international boycott of Israel and end its over 12 million rand worth of trade with Israel.

What is Woolworths’ relationship with Israel?

Woolworths sources products and produce from Israeli companies in violation of the international BDS consumer boycott. Amongst other items, Woolworths imports Pretzels, Couscous, Matzos, Coriander, Figs, Litchis, Plums and Mangoes from Israel. According to the human rights organization, Who Profits, almost all of Israel’s agricultural companies have illegal operations in the Occupied Palestinian Territories.

What has Woolworths response been to the boycott:

To date Woolworths has refused to make available the Israeli suppliers that it sources its products from. Sadly, Woolworths has also refused to meet with BDS South Africa and organizers of the #BoycottWoolworths campaign. However, sources from within Woolworths have indicated that the company is feeling the impact of the campaign both at a public relation level and on a financial level.

Is it a blanket boycott of Woolworths or just Israeli products they sell?

The call for the boycott of Woolworths is for a complete boycott. The issue is not with the Israeli tomato or avocado in a Woolworths store – it is with Woolworths as a company having a trade relationship with Israel.

Is the boycott of Woolworths Food Stores or all its stores including clothes?

Does the boycott just involve refraining from purchasing at Woolworths?

No, it involves actively writing to the store, organizing pickets, protests and taking other actions.

How does Woolworths respond?

Woolworths is maintaining its trade with Israel (for produce that is available elsewhere) and ignoring the requests by its consumers, South African civil society and several Government Ministers. This approach by the management of Woolworths is tarnishing the image of the company and jeopardizing the share price of the firm (which has dropped consistently since the #BoycottWoolworths campaign). According to BDS South Africa this is deemed to be

reckless management when Woolworths could have, firstly, met with BDS South Africa and secondly, resolved this issue by sourcing its products either locally or from other countries. Woolworths is coming across as unconcerned and indifferent to customer retention. Woolworths claims to “believe in the principle of responsible citizenship.” However, importing products from Israeli companies in violation of the international boycott of Israel called by the indigenous Palestinians contradicts this principle. 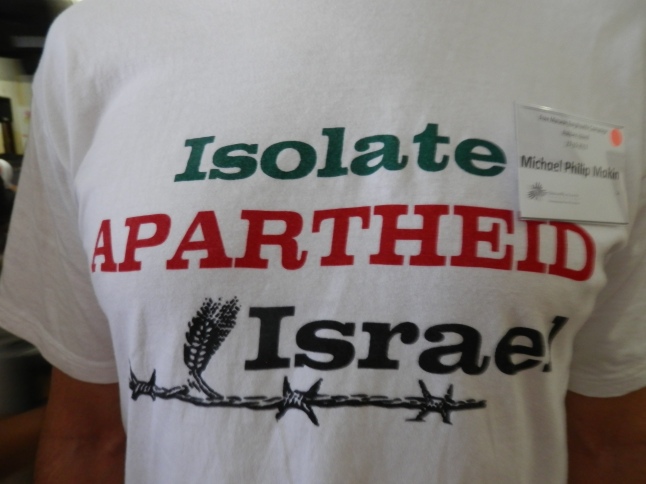 What would Woolworths have done during South African Apartheid?

If Woolworths was a company based in, say, the UK, during apartheid, would Woolworths have adopted the position that it is “apolitical” (as it has done recently regarding Israel)? Would Woolworths not have respected the South African liberation struggle’s call for a boycott of Apartheid South African goods (regardless of whether the UK Government had officially called for that boycott or not)?

In a statement issued on 30 July 2014, Woolworths defended its sourcing of products from Israeli companies stating that it “has no political affiliations.” Buying from Israel, when many other markets are available (including local markets), is an endorsement of that country’s practices. Imagine buying from Apartheid South Africa during the 1980s and claiming to be “apolitical”. Archbishop Desmond Tutu has famously said: “If you are neutral in situations of injustice, you have chosen the side of the oppressor. 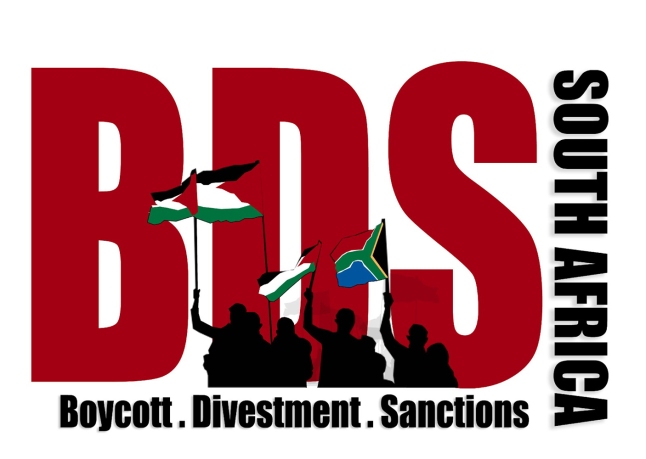 Who and what is BDS?

In 2005, with Israel’s occupation, human rights abuses, violations of international law and illegal Israeli settlement activity increasing, Palestinians (inspired by the successful boycott and isolation of Apartheid South Africa) called on the international community to support a non-violent campaign of boycott, divestment and sanctions (BDS) against Israel and its companies until Israel complies with international law and respects human rights.

The Palestinian-led and internationally-backed BDS campaign is a practical, non-violent, goal-orientated, focused and strategic campaign to hold the State of Israel accountable to international law and human rights. The BDS campaign is also increasingly supported by (progressive) Israelis. The international isolation of Israel it is hoped will lead to the necessary conditions for a just peace to be negotiated – similar to what occurred in South Africa and brought about a democratic country for all our people

BDS has reached a tipping point. In the last few months alone, BDS-related successes include the decision by the US Presbyterian Church and the Methodist Church to divest from companies involved in the Israeli occupation. Moreover, the world’s richest person, Bill Gates, withdrew his entire stake (more than 2 billion rands) from the G4S security company that is involved in Israel’s human rights abuses.

In South Africa, the retail giant Woolworths is the favourite store for many – people fall in love with Woollies. Why then an urgent call from the National Coalition  for Palestine (NC4P) to boycott them?

More than 30 wide-ranging South African civil society and religious organizations, trade unions, and political parties have come together under the banner of the National Coalition 4 Palestine (NC4P).

We stand in solidarity and in support of justice, equality and freedom for the Palestinian people. We oppose, in the strongest terms, the military invasion of the Gaza Strip and the ongoing Apartheid practices of the Israeli state.

We support the call by the Boycott, Divestment and Sanctions (BDS) movement to boycott all companies trading with the state of Israel. The National Coalition for Palestine has therefore issued a nationwide directive to effect an immediate boycott of all Woolworths stores in South Africa. The call to boycott is due to Woolworths’ unwavering support for the Apartheid State of Israel, and comes after much research and assessment of the status and level of trade between the chain store and the Israeli state. Woolworths has refused to remove Israeli products from their stores, and proceeds from the sale of Israeli goods funds war crimes against Palestinians. NC4P calls on all South Africans to peacefully picket at all Woolworths stores in South Africa.

Woolworths acknowledges that 0.1 percent of its trade is with Israel and the boycott will prove that the wishes of peace-loving people of South Africa should be dearer to Woolworths than its current trade relations with an oppressive colonial state. We call on the directors and shareholders of Woolworths to heed the call of the freedom loving South Africans and the uneasiness of their staff and end all business dealings with Israel. The National Coalition for Palestine further endorses the BDS movement of South Africa in its strategic campaign that includes a boycott against G4S security, Dead Sea Products and Sodastream.

The NC4P will be issuing further directives to the community following research and assessment of other companies in South Africa trading unashamedly with the warmongering state of Israel.

Issued by the National Coalition for Palestine.